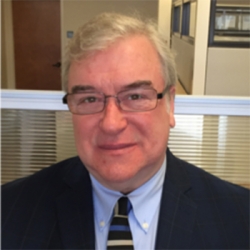 After a career working on Wall Street, helping people to plan their estates, and as a financial advisor, Steve made the leap to the nonprofit world and planned to give in 2001. He worked at San Jose State University for six years during their first-ever comprehensive campaign and joined SF State in 2014 for our first campaign. Steve enjoys working with donors to match their ideas for giving with planned giving vehicles that help them achieve their goals. Steve graduated from Emerson College in Boston, MA, in Mass Communications. Steve is a member of the Northern CA Planned Giving Council and the National Association of Gift Planners.