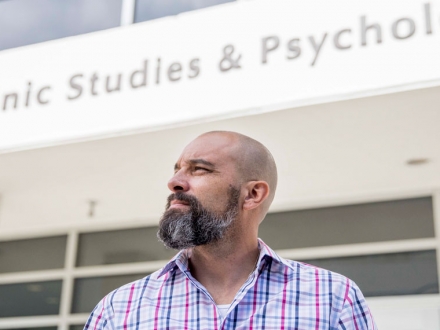 As the new Chair of Latina/Latino Studies, Jeff Duncan-Andrade is forging a new kind of leadership that is connected to the values of Ethnic Studies. Read about his thoughts on equity in education and donorship. 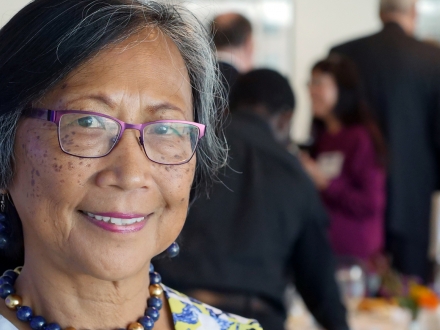 An original SF State striker, Juanita Tamayo Lott (B.A. ’70) played an instrumental role in the creation of the College of Ethnic Studies. She is also a generous donor to the college. 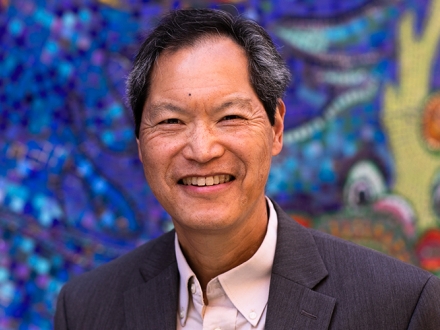 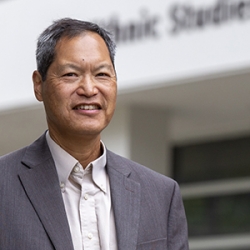 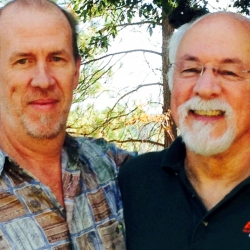 Connell Persico and his husband Clay Heironimus created the C&C Fellowship in Queer Ethnic Studies Endowment, with a planned gift of $400,000. 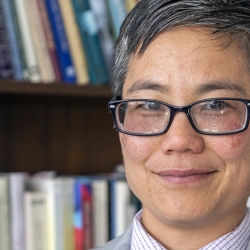 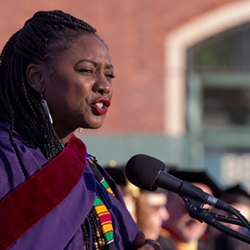 While a graduate student at San Francisco State, Alicia co-founded Black Lives Matter and was instrumental in the development of the anti-racism movement. Listen to the inspiring speech she gave to her fellow graduates at the 2017 commencement and read more about Alicia in the links below. 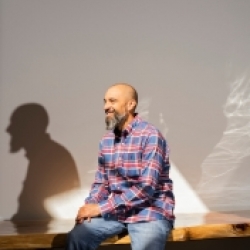 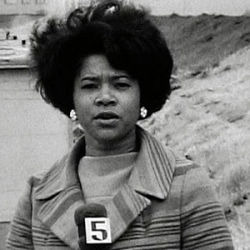 Belva Davis was accepted into SF State in the 1950s, but could not afford the cost of college. Instead, she began a career in journalism, eventually becoming the first female African American television reporter in the Western U.S. Belva worked as a news anchor for a number of Bay Area radio and TV stations in a career that spans nearly five decades. In 2018, Belva donated $10,000 to the College of Ethnic Studies to honor Ken Monteiro's long tenure as Dean of the College of Ethnic Studies, and the college's 50th-anniversary celebrations. 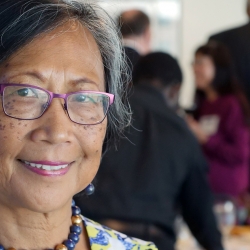 An original SF State striker, Juanita Tamayo Lott (B.A. ’70) played an instrumental role in the creation of the College of Ethnic Studies. She is also a generous donor to the college, and the author of a book about the strike: "Golden Children: Legacy of Ethnic Studies, SF State. A Memoir." In November, 2019, Juanita was inducted into the SF State Hall of Fame. 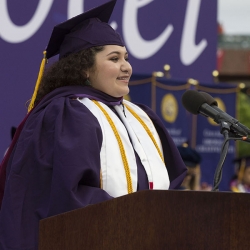 Arianna’s relationship with the College of Ethnic Studies began way before she enrolled as a student. Starting at the age of two, her mother, Venecia Margarita (B.A., ’02; M.S.W., ’05), was a Raza Studies major and occasionally attended class with her baby in tow. Venecia learned from an early age that education is empowering, as evidenced by her impressive practice of community empowerment through education.