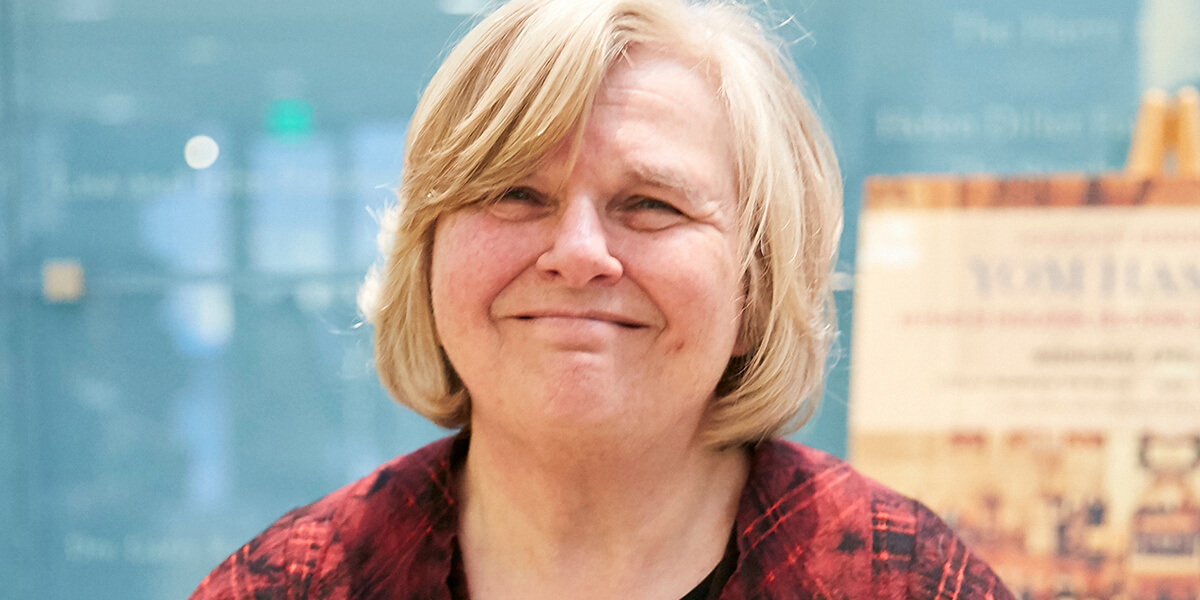 
Jewish Studies Professor Kitty Millet has won the College of Liberal & Creative Arts’ inaugural Marcus Transformative Research Award. The award funds $3,000 in travel and a one-semester leave for researching her forthcoming book exploring the use of Kabbalah, the historical Jewish mystical tradition, in secular literature. Bloomsbury Press will publish the book, titled “Kabbalah and Literature,” in late 2021. It includes an array of Jewish writers worldwide, such as the Safed Kabbalist Isaac Luria; Central Europeans Franz Kafka, Bruno Schulz and Walter Benjamin; Americans Marge Piercy and Cynthia Ozick; Brazilian Clarice Lispector; and Israeli Meir Shalev. It will be the first volume in Bloomsbury’s series on comparative Jewish literatures, for which Millet is editor in chief.
As chair of the Department of Jewish Studies, Millet teaches courses in Holocaust and genocide, comparative Jewish literatures and Kabbalah and Jewish mysticism. In 2018 she won the Morris Weiss Award from the Jewish Family and Children’s Services Holocaust Center in San Francisco. Millet’s most recent book is “Fault Lines of Modernity: The Fractures and Repairs of Religion, Ethics and Literature” (Bloomsbury, 2018). She also wrote “The Victims of Slavery, Colonization and the Holocaust: A Comparative History of Persecution (A Modern History of Politics and Violence),” published in 2017 by Bloomsbury. The book, “highly recommended” by the Association of College and Research Libraries review journal Choice, compares and contrasts the Holocaust with the experiences of others who have been colonized or enslaved, providing enriching connections to victims’ experiences.
Millet joined SF State’s Department of Jewish Studies in 2004. Previously, she taught in the University’s Comparative and World Literatures Department. The Marcus Transformative Research Award is made possible by the George and Judy Marcus Funds for Excellence in the Liberal Arts, established with a $25-million gift to SF State in 2018. The award helps tenured faculty pursue transformational research and professional development.