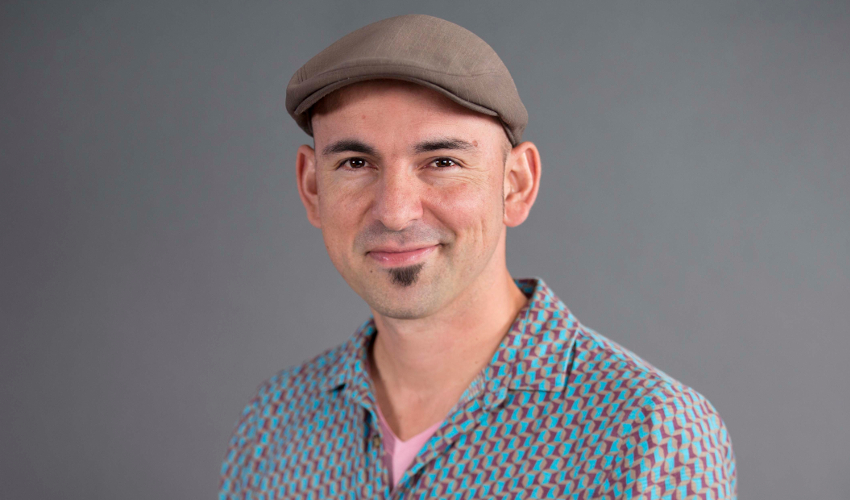 Federico Ardila will use the award to advance international collaborations

San Francisco State University Professor of Mathematics Federico Ardila has been selected to receive a 2019 Simons Fellowship in Mathematics. The prestigious award provides funding for mathematician to cover their salary while they extend a six-month sabbatial to a year, giving them to time away from teching to focus fully on their research. Ardila is one of 39 mathematicians nationwide to receive the fellowship and is the only awardee from a non-PhD granting institution.

"I'm really excited about a couple of ongoing projects where my collaborators and I have solved a series of problems that have remained unsolved since the 1980s," he said. "This award is going to give me room to finish writing these articles and to explore many new research directions that they open up,"

Ardila's research focuses on the interplay between two disciplines, combinatorics and geometry, searching for fruitful connections that can advance mathematical theory. "If we can find a connection between two fields that seem disconnected, then the tools of one field can be used in another one," he explained.

This type of interdisciplinary thinking can uncover new insights into real-world problems, including those that involve choosing between different ways of performing a task. And example Ardila likes to cite: figuring out the cheapest configuration to reconnect downed power lines between cities after a massive storm. The combination of many small decisons can produce a surprisingly large problem - one that can then be represented as a many-dimensional shape and solved using the tools of geometry.

To study interdisciplinary questions like these, Ardila prefers to collaborate with researchers who have different expertise. "I haven't written a solo research paper in many years," he said. His Simons Fellowship-funded sabbatical will be a chance to work with those collaborators face-to-face - something that can prompt big leaps forward, Ardila says. "It's easier to share half-baked ideas [in person], because sometimes there's things that you can try to talk through, but maybe you don't know how to write them down yet." he explained.

Starting this summer, Ardila's year-long sabbatical will take him to Sorbonne University in Paris, the Istituto di Studi Avanzati in Italy, Institut Mittag-Leffler in Sweden, Princeton's Institute of Advanced Studies and his native Colombia, where he has ongoing projects with several collaborators.

Just because he'll spend the next year working abroad, however, doesn't mean he's forgetting about San Francisco State. "I still feel, every day when I come to campus, that this is a great place to work," he said. "But it's still exciting to take some time."

Donate to the College of Science and Engineering