Donate to the CoES

An original SF State striker, Juanita Tamayo Lott (B.A. ’70) played an instrumental role in the creation of the College of Ethnic Studies. She is also a generous donor to the college, and the author of a book about the strike: "Golden Children: Legacy of Ethnic Studies, SF State. A Memoir." In November 2019, Juanita was inducted into the SF State Hall of Fame.

A San Francisco native, Juanita Tamayo Lott lived in Japantown as a child, a neighborhood that was populated with people from all over the world who worked in local factories and were veterans of World War II. When she first came to study at San Francisco State University in 1968, she hopped on a streetcar near her home in San Francisco’s Cole Valley. Like many other local baby boomers, the inexpensive tuition and the location made SF State a natural place for her to pursue an education and launch a career.

When Juanita came to the University, the student population was 78% white. Many of the students of color felt frustrated not just by the lack of diversity amongst students, but by the University’s Euro-centric curriculum as well. Working together, and inspired by local labor and community organizers, they formed the Third World Liberation Front (TWLF) and began to dream of an inclusive and transformed University. When the students walked out of classes and went on strike at the end of 1968, Juanita was on the front lines, representing Asian Americans in a diverse union of determined students.

The strike, which was often bloody and violent, resulted in the creation of SF State’s College of Ethnic Studies, the first and only in the nation. Juanita attributes the SF State strike’s success to the unique set of circumstances that occurred at the University at the time. Unlike other universities, most SF State students did not travel to school but lived at home in their own communities. Many of those communities already had histories of working together in systems such as labor unions, the armed forces, and even the Catholic Church. According to Juanita, the students in TWLF had the ability to unite across racial, ethnic, and class lines, making them effective. The students also felt supported by their neighbors and families, “This was our neighborhood,” says Juanita. “We went home at night, we talked to our moms and dads. When they saw us on TV getting beat up, they came to campus and said, ‘Why are you beating my child? This is a student, this is not a criminal!” 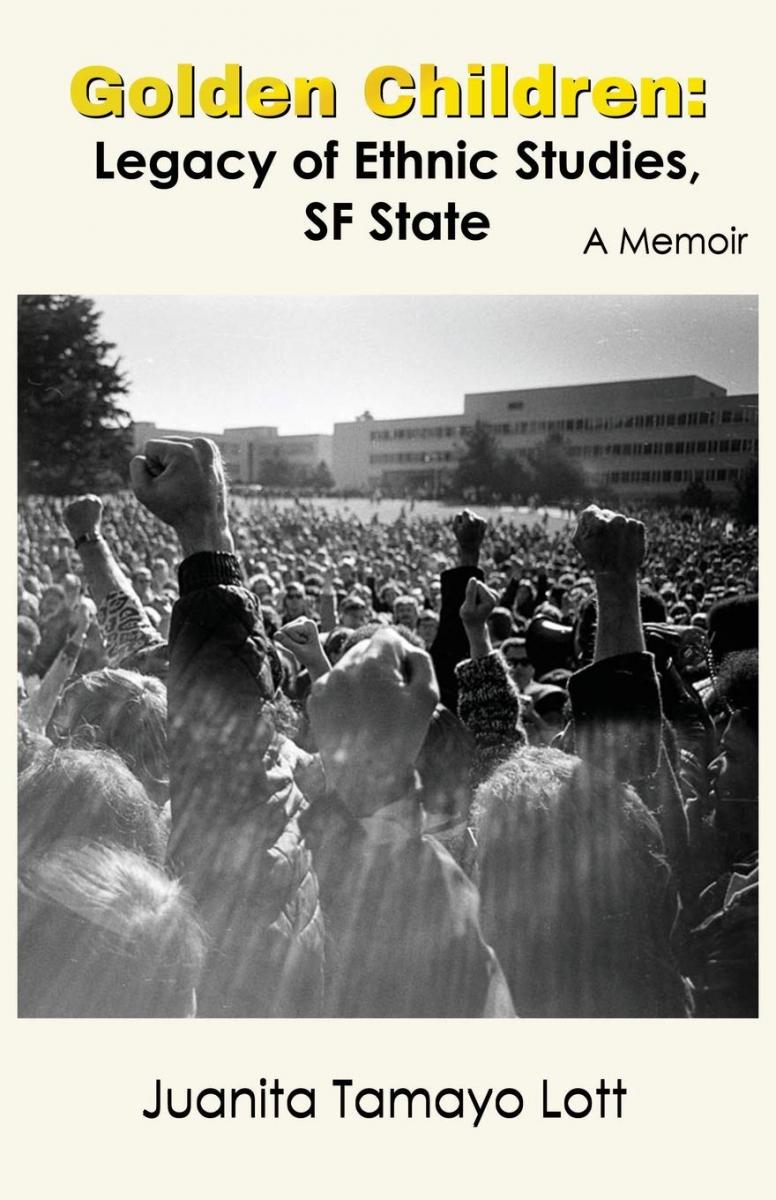 Juanita has written about her experiences growing up in San Francisco and the four and a-half month-long strike in her memoir, “Golden Children: Legacy of Ethnic Studies, SF State. A Memoir.”, printed by Eastwind Books in 2018

The book is an overview of the social, political, and cultural changes taking place at the time of the strike, the creation of the first College of Ethnic Studies, and the strike's impact on educational institutions and communities across the country

Once the strike ended in March 1969, Juanita was part of the hard-working movement to create the Asian American Studies Department in time for the first semester that fall. “I think that's what I got the most out of, is that people believed in the mission, and they worked together to make it happen.” She fondly remembers her professor and mentor, James Akira Hirabayashi, the founding Dean of the College of Ethnic Studies, as a true leader and guiding force in this process. After graduating from SF State, Jim encouraged Juanita to apply to graduate school and stayed in touch with her throughout her decades-long career as a federal statistician demographer. Juanita is now retired from her statistician work and lives in Seattle.

In 2011, Juanita took the bold step of honoring her friend and colleague Jim by creating the James Akira Hirabayashi Person for All Seasons Scholarship with an initial $10,000 gift. The fund supports students of the college who are considering a career that is interdisciplinary and in public service. In 2018, she generously donated another $15,000 to the fund as a matching challenge to endow the scholarship to which several community members quickly responded, contributing an additional $35,000 within a few months. Juanita has also donated more than $55,000 to the college itself, supporting its programs and initiatives.

Juanita calls her giving to SF State ‘strategic philanthropy’, and hopes to inspire a community of dedicated donors to the college. “It's easy to go on strike, but it's hard to build an institution. And then what's even harder is to sustain it," says Juanita. “If you believe in the mission, then you have to have not just bold thinking, but courageous action.”

For more information about the College of Ethnic Studies, contact: