When Proposition 8 was on the California ballot to make same-sex marriage illegal, 10-year-old Jordan Montgomery's Mormon parents went door to door to urge their neighbors to vote in favor of the proposition, just as their church has asked them to do. But something was deeply troubling Jordan as he walked home from school every day through a sea of yellow signs supporting Prop 8. His stomach churned as he heard his mother, Wendy Montgomery talking about how "disgusting and horrible" gay people were. He knew he was different from the other boys. He didn't share his peer's growing masculine competitiveness; he began to have crushes on boys. Wendy had tried to dismiss what she called the "feminine tendencies" she'd observed in Jordan, but one day, as he became increasingly withdrawn, something told her to peek into his journal, and what she read would confirm her intuition and shake their family's faith.

Despite having spent her whole life in a church that rejects gay people, Montgomery says her first instincts as a mother were to protect her son. "I never for one minute loved him any less," she says. And, importantly, she let him know.

The Montgomery tell their story in "Families Are Forever," an award-winning video produced by the Family Acceptance Project, and SF State-based research, intervention, education, and policy initiative. The project educates and counsels families on how to prevent serious health risks to their LGBT children and promote their kids' well-being by supporting them — even if they believe that being gay or transgender is wrong. The foundation of all of the project's work is rigorous peer-reviewed research led by Family Acceptance Project Director Caitlin Ryan.

"The project gives families a different way of thinking about their LGBT children by shifting the discourse on homosexuality from morality to health and well-being."-Mitch Mayne

"Before we did this [research] the perception was that all families rejected their LGBT children and were incapable of learning to support them," Ryan says. She knew that wasn't the case. In her 40 years of working with LGBT young people as a clinical social worker, program director, and researcher, Ryan had observed a wide range of family reactions to their LGBT children from very accepting to highly rejecting.

From the beginning of the AIDS epidemic, when Ryan ran the first AIDS service organization in the South, she stood at the besides of young gay and bisexual men, supporting devastated parents as they learned for the first time that their son was gay and was dying of AIDS. She saw parents and families who realized too late the cost of pushing their child away. "I knew there has to be a way to bring LGBT young people and families together to strengthen bonds and increase acceptance and support," Ryan says. 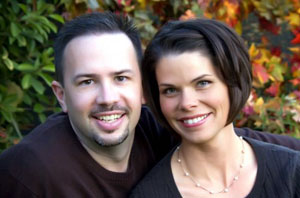 But the existing peer-based LGBT services excluded families, she says, and her research documented a widespread lack of family services or engagement. Until Ryan and colleague, Rafael Diaz launched the Family Acceptance Project in 2002 with a major grant and their families. So Ryan and her team pursued the questions: How do parents and caregivers react to their LGBT children, and how do those behaviors contribute to their children's risk and well-being as young adults? She assembled a multilingual, multicultural research team and conduct an in-depth qualitative study across California. The study involved interviews with families, foster families, and guardians from a wide range of backgrounds who were accepting, ambivalent, or rejecting of their LGBT and gender non-conforming children.

What emerged from that work, Ryan says, was "a solid empirical foundation for increasing family involvement and support." The research team cataloged more than 100 specific ways in which caregivers responded to their children — with either accepting behaviors, such as standing up for them when others mistreat them or finding a positive role model — or rejecting behaviors, such as preventing them from having an LGBT friend, physical and verbal abuse, and using religion to try to change or discourage their LGBT identity.

Building on this research, the Family Acceptance Project developed the first family intervention model to help parents and caregivers learn to support their LGBT children. The goals were to prevent serious health risks, prevent removal or ejection from the home and reconnect fractured families when LGBT young people end up out of the home. Ryan is now implementing the project's family support model beyond the Bay Area in other parts of the country.

Over the years, Ryan has received many awards for her work, including the American Psychiatric Association's John E. Fryer Award for major contributions to the mental health and well-being of LGBT people and the Distinguished Scientific Contribution Award from the American Psychological Association, Division 44, for groundbreaking research on LGBT youth and families.

A cornerstone of Ryan's work is communicating research findings and messaging in culturally specific ways, so families struggling with a clash in values can embrace core beliefs of life, love, compassion, and protecting their child's health — in a context that makes sense to them. In addition to "Families Are Forever," Ryan has produced other family education videos such as "Always My Son," which documents the journey of a Mexican-American family who went to 15 churches before they found one to support their gay child. Ryan and her team have also developed a "Best Practice" family education booklet series in English, Spanish, and Chinese and a faith-based series that show families how to support their LGBT children. "We have to meet people where they are," she says.

"I knew there had to be a way to bring LGBT young people and families together to strengthen bonds and increase acceptance and support."-Caitlin Ryan.

When Wendy Montgomery couldn't get answers from Mormon church-based materials that advised: "it's just a phase" and referred her to mental health providers who offered "conversion therapy," she sought help outside her community. She reached out to Mitch Mayne, who blogs about being openly gay and Mormon and has collaborated with Ryan on curricula and training for Mormon religious leaders. Mayne connected the two women, and Montgomery found the information she had been desperately searching for.

"The project gives families a different way of thinking about their LGBT children by shifting the discourse on homosexuality from morality to health and well-being," Mayne says.

After Jordon came out, Montgomery learned from the Family Acceptance Project that many of the things parents do out of care and concern to help their child be accepted by others — such as trying to change their child's sexual orientation — were experienced by their LGBT child as rejection. So it was a revelation to see the project's research showing that such behaviors were linked with serious health consequences, like the suicidal thoughts and depression Jordan expressed as the family struggled to find its way. She wishes she had that information when Jordan first came out. "If you talk to any Mormon parent out there, they will all tell you that at some point in this journey, you will feel like you have to make a choice — you have to choose between the God that you love and the child that you love. And this is an impossible choice. It's like asking me, 'do you want my right arm or my left arm?' It's horrid."

Montgomery says Ryan's work removes that choice from the conversation. "That's what the genius of the Family Acceptance Project is. It shows you a way to keep your conservatively held religious beliefs... but still love and accept and support your LGBT child."

That's the core of the Family Acceptance Project's work: keeping the focus on behavior and family bonds and aligning the project's approach with the family's underlying values. "We're not saying to people, 'You have to change your doctrine.' We're saying that if you want to protect your child from harm, you need to change or engage in these supportive behaviors," says Ryan. "That's enabled us to work with families from all sorts of backgrounds, including very religiously and socially conservative families."

Since making the video and helping to fund LGBT-supportive Mormon organizations like Mama Dragons, Montgomery can barely keep up with the 100 or more messages she receives each week — many of them gut-wrenching pleas for help — from fellow church members trying to navigate similar circumstances. She always sends back the link to the project's booklet or video. "If a Mormon parent watches that, they will see themselves reflected," she says. "It is giving them permission to still love their child and keep their faith," adding, "It's silly that we need permission, but sometimes we do."

The real beauty of the Family Acceptance Project, Montgomery says, is that "it goes upstream." Help the parents to understand, she says, echoing the lessons of Ryan's work, and you save the child. "If I have to choose between helping the child and helping the parents, I'll help the parents. Because I can help the child for a minute when I'm talking to him, but the parents can help him for his lifetime."

"If you talk to any Mormon parent out there, they will all tell you that at some point in this journey, you will feel like you have to make a choice — you have to choose between the God that you love and the child that you love. And that is an impossible choice. It's like asking me, 'do you want my right arm or my left arm?'"-Wendy Montgomery.