Pictured above is novelist Tommy Orange, award-winning author of "There, there" at SF State on October 15, 2019. All photos by Sreang Hok.

Tommy Orange, author of the acclaimed novel “There There,” spoke with San Francisco State University Assistant Professor of Creative Writing Carolina De Robertis in Knuth Hall on Oct. 15. Orange was named the 2019 Gina Berriault Award winner, a San Francisco State honor. The event was sponsored by the George and Judy Marcus Funds for Excellence in the Liberal Arts. 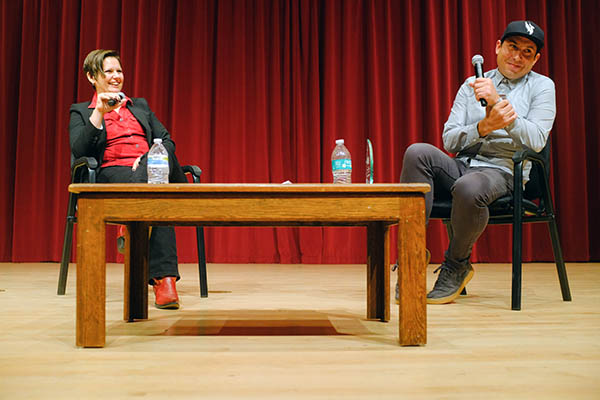 The award, named after the late author and beloved faculty member, is given to writers who embody Berriault’s love of storytelling and commitment to supporting emerging writers. Orange’s debut novel, which received the 2019 PEN/Hemingway Award and was nominated for the Pulitzer Prize and National Book Award, tells the multigenerational story of Native Americans in Oakland whose paths cross at the city’s powwow. Orange has been widely praised for giving voice to an underrepresented community.

Orange talked to students, faculty, and staff about his writing and editing process and battling his inner demons. “More than 50 percent of writing is revision,” he said. “The feeling like I want to write something new is a great feeling. And the next day you’re like: ‘This is amazing; I’m great.’ But so soon after you’re like: ‘Oh my God, this is so stupid.’”

It’s been a year and a half since he published his novel and saw his life transformed, yet he still feels like a fraud, he told audience members. “The feeling [of being an imposter] — I don’t think it ever goes away,” he said. 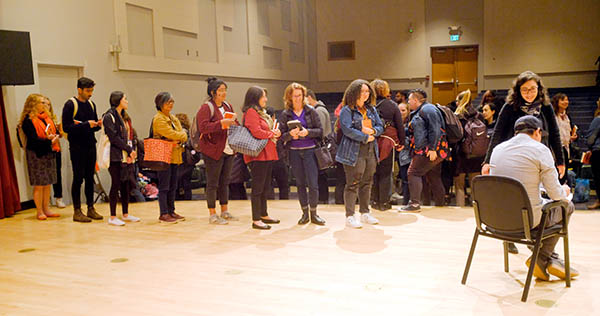 Tommy Orange signing copies of his book, "There, There" 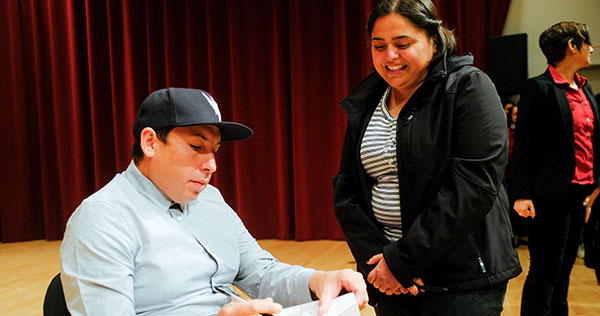 Tommy Orange signing copies of his book, "There, There"

For more information about donating to the CLCA, contact: